To the desktop version

When travelling on highways, guessing the origin of cars is a popular game. Here are lists of some codes. For geographic classification, additional information like the region or land (federal state) is also given. 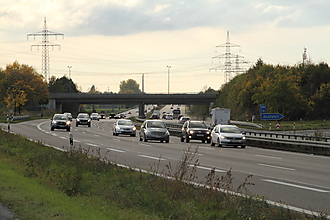 The first sequence of letters of German and Austrian number plates shows the town or the district. In Switzerland, it indicates the canton.

The last number of older French number plates indicated the department. In France, departments are numbered alphabetically. Corsica (2A and 2B, originally 20) and the overseas territories and departments are exceptions. Since April 2009 regional provenance is no longer visible. However, a sticker can be added with the number of a département, that the car holder can choose freely no matter if he lives there or not. The table shows the numbers of the départments that were valid before.

Italy and Spain have a similar system.

For the sake of completeness, all the international plates are listed, though most of them are hardly ever seen on European highways. In addition to the plate code, the internet domain, the capital and the continent are also given. There is also a list containing the country codes of the IOC (International Olympic Committee), the FIFA (International Federation of Association Football), as well as the ISO 3166-1 codes (alpha-3 and alpha-2).

There is no warranty for the data. Cactus2000 is not responsible for damage of any kind caused by wrong data.

If you have questions or suggestions please write us an email.